Abdullah II bin Al-Hussein is a member of the Hashemite dynasty, the royal family of Jordan since 1921, and he is the 41st-generation descendent directly of the Muhammad. 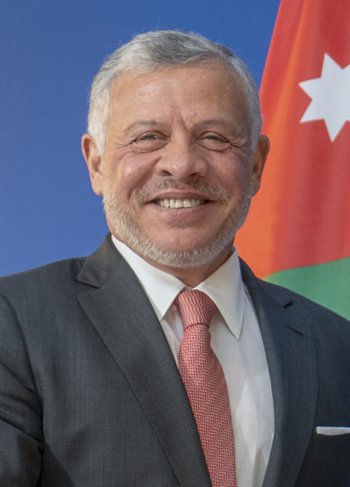 Abdullah is a constitutional monarch that liberalized the economy when he gained the throne; he reformed the economic boom that continued until 2008.

In the following years, the country’s economy has experienced some challenging phases because of the Great Recession and the spillover from the Arab Spring; this event includes the cut in the petroleum supply and the falling of trading supplies with other countries.

In 2011 a civil war erupted in Jordan, but Abdullah responded fast with reforms, replaced laws, and changed the constitution. The changes that he made through the years lead to establishing parliamentary governments.

Abdullah is very popular locally and internationally for maintaining the country’s stability.