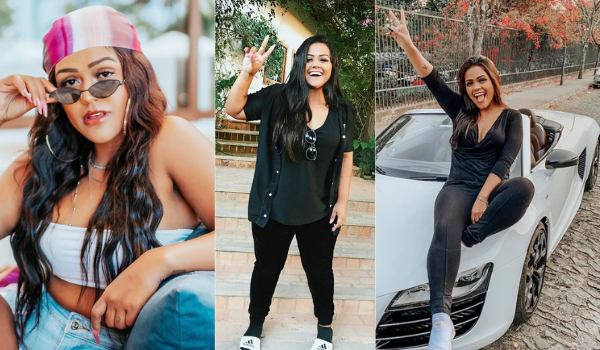 Camila was born on the 7th of February 1995, in the Brazilian city Belo Horizonte, state Minas Gerais.

Since she was a young girl, Camila always dreamed of being famous.

Due to the success of the short-form video hosting service, Camila expanded her content creation to YouTube, starting her channel in May 2014. She started posting about cooking, lifestyle, challenges, and music video parodies.

In 2016 Loures wrote the book Handbook of Adolescent Survival which ranked 14th among the best-selling books in the "youth".

At the beginning of 2017, Camila Loures lays the foundation for her music career by signing with Universal Music.

The book was transitioned into a whole YouTube series in which Camilla spends 24 hours in a specific situation. 24 hours at the pool or 24 hours in a supermarket.

Because of the success of this series, Camilla created the YouTube series called XIS.

According to data from the website TecMundo in August 2019, Camila Loures' channel was the fifth most influential channel among children in Brazil, although its content is not intended for this audience.

She is thought to be the biggest Brazilian female YouTuber.