Reddit is a social news aggregation, web content rating, and discussion website similar to a forum. Since forums are communities of people sharing ideas and works as a social network aggregation then the answer to the question Is Reddit Social Media? is yes. 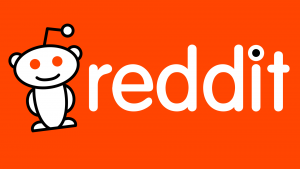 Reddit is a big network of communities based on people's interests that share and discuss web content. Members that register the site can submit content such as links, text posts, and images, which are then voted up or down by other members.

Reddit is a big community of members that respects some rules and etiquette. That's why on Reddit, there's the possibility to downvote certain posts. Anyone can downvote spam content, inappropriate content. Users who get downvoted a lot (and not upvoted) within a sub will be blocked from posting as frequently. Good, appropriate content someone disagrees with should not be downvoted.

What is the Difference Between Reddit and Other Social Media Channels

Reddit is considered social media, but it has something no other social media channels have. It is based around communities (i.e. subreddits) rather than people. Due to its anonymous members, it is a forum with social media aspects, which makes it more friendly and easy to use.

Reddit can bring lots of benefits for a business. Since Reddit is based on creating communities (sub-Reddits) based on various interests, we can only imagine what a community that supports specific brands and products can do on Reddit.

Building a community is hard. It requires a lot of trust and hard work for any brand. A product or brand that thrives on interacting and gaining feedback from people, should definitely choose Reddit in their social media strategy to do it.