LinkedIn headquarters can be found in Sunnyvale, CA, S.U.A. 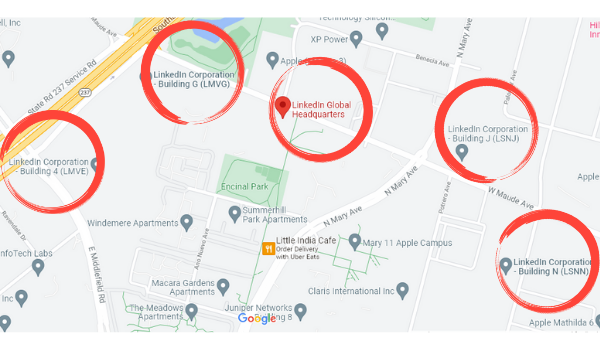 Established in December 2002, in Mountain View, California, LinkedIn is a business-focused social media platform. Its aim was to bring together professionals from all over the work, in a B2B online environment.

In 2011, the platform hit the stock market unde the symbol “LNKD”.

With over 740 million users worldwide, LinkedIn is beginning to transition from a social network platform into a social marketplace. More and more people are starting to use the platform as a job finder.

2016 was the year of major structural and organizational changes for the social media business company. In June, Jeff Weiner drove the acquisition of LinkedIn by Microsoft.

In return, LinkedIn gets to build its campus in Sunnyvale, CA.

Although many have speculated that tech Giants like Apple, Google, Meta, Adobe and even LinkedIn may flee San Francisco’s area, they are in fact building new office spaces.