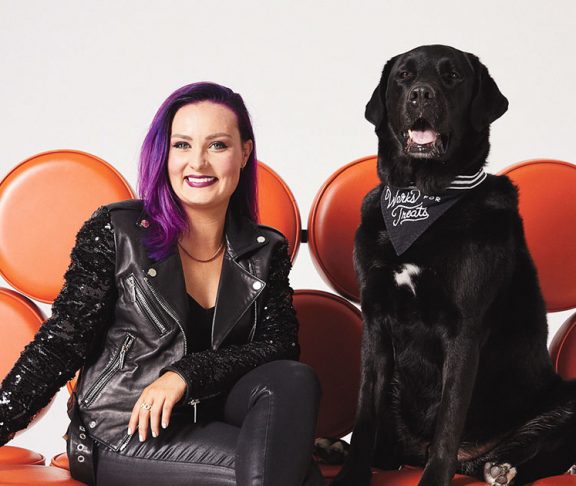 She was honored with the Oakville YMCA Peace Award and was a co-host for the AMI.

Molly was diagnosed with a rare retinal disease that can cause vision loss (Retinitis pigmentosa).

At the age of 5, she started public speaking as an ambassador for blind people.

By the years, her vision disappeared entirely, and she reads in Braille and has a service dog.

Now she is a motivational speaker and has a YouTube channel where she helps people with outfit choices and shows how blind people do different activities like ordinary people.

She talks openly about her experiences and how she overcame hardship.

Molly has received numerous awards for her work as an advocate for blind people: