You may or may not have heard about Affinitweet - the website that accesses API-based information from Twitter to deliver statistics and fun features to its users.

But recently, a rival of Affinitweet has surfaced on the internet, taking the spotlight with its Twitter Familly Tree Trend.

Rundyearfun website offers its users a fun way to turn their most interacted-with accounts into a Twitter Family Tree meme.

Parents: Top 2 accounts with the most likes from you. 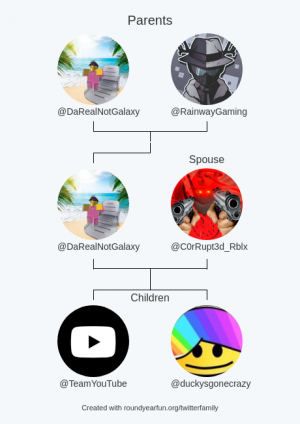 It turns out, the Rounyearfun website was secretly accessing the accounts of their users, interacting on Twitter on their behalf. Kind of like stealing your online identity, but in secret, so you don’t know what’s going on.

After users started to realize what was going on, they quickly tried to secure their accounts and warn other Twitter users.

The tweet social media platform is suspending their application every time but they always find a way to create a new one.

Currently, they've mutated into Roundyearfun.org, an upgrade to the former website.

And other unworthy scams that don’t deserve mentioning.

All in all, be careful what sites and apps you give access to as a third party in your tango.